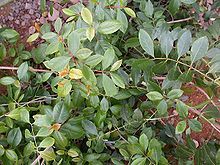 The Khat Awareness Project was initiated as a sudden rise in the number of cases of people using khat had become substantial leading to many problems for people within the Somali community who were regular users of Khat. It was therefore imperitive to make people aware of the side affects of using this substance.

place to educate and provide further information about how Khat can affect individuals as well as families and how we can help users to overcome and quit the use of Khat. Below we have provided a brief background about what Khat is and its affects. If you would like further information or require help, or maybe you know someone who uses Khat, then please do not hesitate to contact us so that we may help.

Khat contains the alkaloid called cathinone, an amphetamine-like stimulant which is said to cause excitement, loss of appetite, and euphoria. In 1980, the World Health Organization classified khat as a drug of abuse that can produce mild to moderate psychological dependence (less than tobacco or alcohol).[1] The plant has been targeted by anti-drug organizations like the DEA.[2] It is a controlled or illegal substance in many countries, but is legal for sale and production in many others.

Khat consumption induces mild euphoria and excitement. Individuals become very talkative under the influence of the drug. The effects of oral administration of cathinone occur more rapidly than the effects of amphetamine, roughly 15 minutes as compared to 30 minutes in amphetamine. Khat can induce manic behaviors and hyperactivity similar in effects to those produced by amphetamine.[23]

The use of khat results in constipation. Dilated pupils (mydriasis) are prominent during khat consumption, reflecting the sympathomimetic effects of the drug, which are also reflected in increased heart rate and blood pressure.

Withdrawal symptoms that may follow occasional use include mild depression and irritability. Withdrawal symptoms that may follow prolonged khat use include lethargy, mild depression, nightmares, and slight tremor. Khat is an effective anorectic (causes loss of appetite). Long-term use can precipitate the following effects: negative impact on liver function, permanent tooth darkening (of a greenish tinge), susceptibility to ulcers, and diminished sex drive.

Some researchers also say that khat is an amphetamine-like substance, and those who use it are more likely to develop mental illnesses. Others say that these mental illnesses are the result of the financial problems and the sleeplessness that the drug causes. But it is still unclear if the consumption of khat directly affects the mental health of the user or not.[16] Occasionally, a psychosis can result, resembling a hypomanic state in presentation.[24]

Regular khat use compromises the ability to inhibit undesirable behavior. Frequent use has been shown to decrease inhibitions, much like the effects of alcohol.[citation needed] It may be associated with a condition similar to autoimmune hepatitis. (wikipedia)

Also don't forget to visit our photo gallery of the khat awareness project April 2010 and also October 2010, showing you some of the events we have held in the past to make people more aware about Khat.